Enjoy Cabin Life near the Lake!

Scroll down to learn more...

A Unique Location in Williams Bay

Scroll down to learn more... 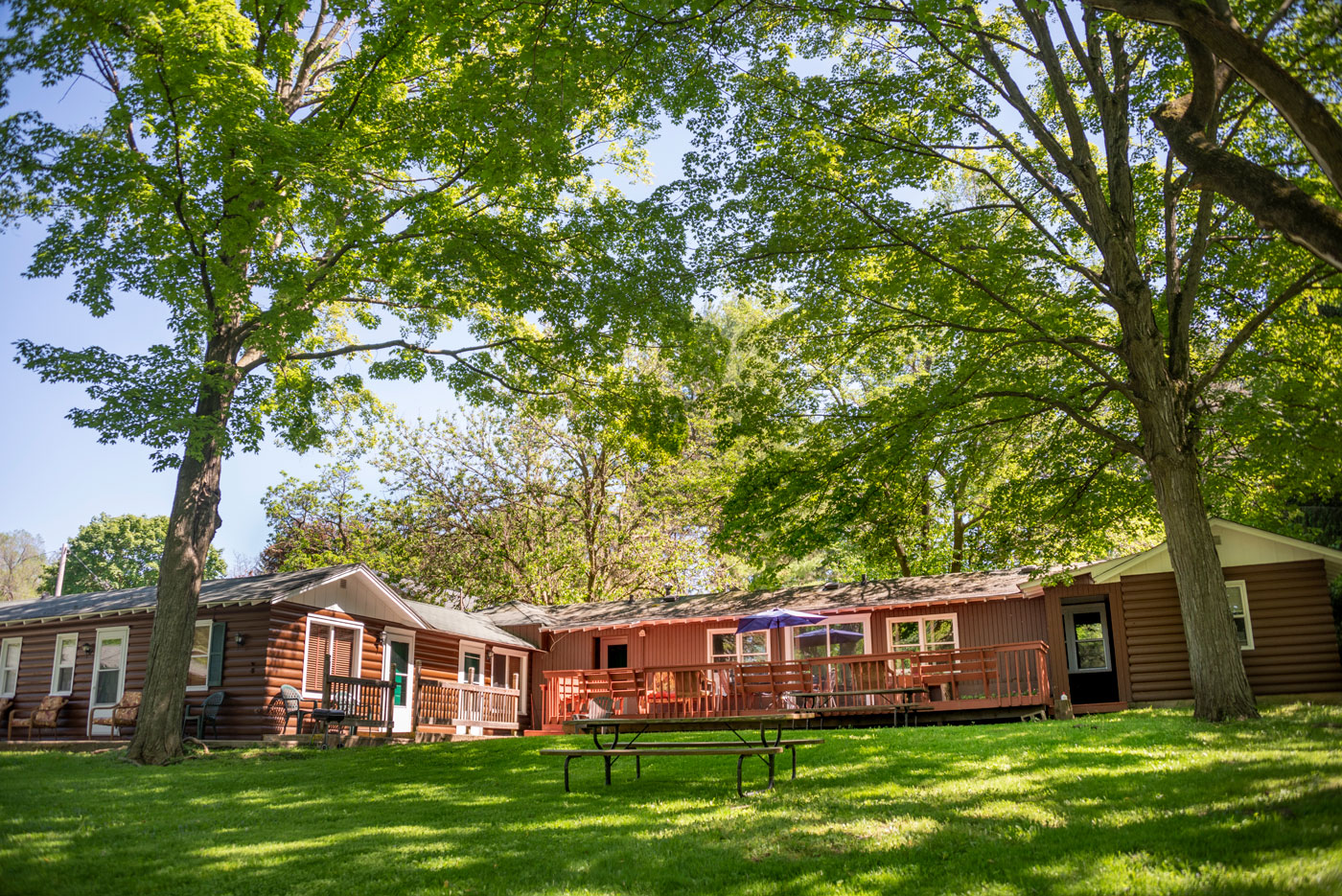 Here at Harbor View, we offer the best rates on single, adjoining, and full size cabins.

Come stay with us for a night, a weekend or even a week.  Bring your family and friends along for a fun, relaxing, and memorable stay while you enjoy the following amenities:

Our ideal location places you just a few blocks away from the beautiful Geneva Lakefront. We’re within walking distance of everything Williams Bay has to offer and minutes away from golf courses, tennis courts, horseback riding, downtown shopping in Lake Geneva, Big Foot Beach State Park, and much more!

What our guests are saying…

Walk to the lake front and enjoy swimming
at the Williams Bay beach.

Take a tour of the Lake on one of the many Lake Geneva Cruise Line boat tours available throughout the day. Hours vary by season.

Enjoy boating, biking and miles of trails in our nature conservancy and lakefront trails.

Take a free tour of Kishwauketoe Nature Conservancy. The largest nature conservancy on Geneva Lake – some 200+ acres! There are trails for you to enjoy at you own pace.

Visit the relaxed Village of Williams Bay for excellent dining and casual shopping.

Previous to 1836, the site that was to become the Village of Williams Bay, was occupied by the Potawatomi Indians. It was one of the favorite camps of Chief Bigfoot. At the close of the Black Hawk war in 1832, the government set about extinguishing the Indian title to the land they occupied. That the Indians had been here for a long time is evidenced by the large number of arrowheads and spearheads found by the thousands by the residents. It is recorded that no white man visited this region prior to 1830.

Williams Bay is named for its founder, Captain Israel Williams of Connecticut, a soldier of the War of 1812, who joined the great westward pioneer movement of the 1830’s in seeking a home for himself and his family. In the fall of 1835, he came west by way of the Great Lakes and the Village of Chicago, where he pushed northwestward into the almost unknown territory of what is now southern Wisconsin. Reaching the southern shore of Lake Geneva he built a tiny log cabin in the woods, where he spent the winter. Noting the superior desirability of the land along the opposite bay, he moved there in the spring, built a cabin among the Indian lodges along the western shore, and returned to Connecticut for his wife and family of seven boys. Israel Williams became one of the first justices in the County. His son Festus became the first director of the school board when it was established in 1899.

In the 1860’s, prosperous and wealthy citizens of Chicago began to make their homes on the shores of the beautiful lake. Private yachts began to appear. Back in 1873 the “Lady of the Lake” plied the lake to the delight of the visitors, often carrying from 200 to 300 passengers. In 1889 the LADY was damaged and a year later was dismantled. In 1963, a new “Lady of the Lake” was launched. This replica of a Mississippi paddle-wheeled river boat can be seen daily throughout the summer as she travels the lake.

The most striking landmark that one notices approaching Williams Bay, either by land or from the air, is the big dome of Yerkes Observatory. Started in 1895, this institution of the University of Chicago is known worldwide as a center of astronomical research. It houses the world’s largest refracting telescope (40″ lens).

In many ways, Williams Bay is different from the ordinary run of communities in this section of the country. Owing to its location- along one of the finest lakes in the US- it is an attractive summer resort. Because of the presence of its scientific research center at Yerkes, its diversified population, and the activity of its numerous civic-minded groups, this Village has rapidly grown into an interesting , thriving community. In the summer, the population more than doubles with all the camps, motels and summer homes filling up. In winter, the
Village is more dormant, however more and more people are coming out to enjoy winter sports which are plentiful in the area. All in all, Williams Bay has proudly taken its place in Walworth County as a very nice place to live and visit.

In Regard to COVID 19

We are open and honoring Reservations.

We are an essential business and will continue to remain open unless further restrictions will not allow us to do so.  We have no lobby or public gathering area that would otherwise need to be closed. Social distancing is no problem as each cabin is private and secluded from one another and you as an individual family have no contact with others on the premise if you choose. The Cabins and House have been disinfected with numerous products.  You are also welcomed to bring any disinfectant product of your own

Outdoor activity is allowed and paramount to our health. Getting out into nature to breath the fresh air and listen to the spring songbirds is refreshing and healing. And as mentioned, social distancing is no problem in our rural setting.

Thank you for choosing us for your next getaway.